The Uganda Prisons Service with support from the United Nations Office on Drugs and Crime (UNODC) on Monday 16 November, 2020 were hosted to a workshop at Imperial Royale Hotel on the developed Training Modules on Preventing and Countering Violent extremism (PCVE) in Prisons.

The event was officiated by the Commissioner General of Prisons, the Training Modules have been developed under the Joint Global Initiative "Supporting the management of violent extremist prisoners and the prevention of radicalization to violence in prisons" implemented by the Uganda Prisons Service, Prisons Academy and Training School (PATS), United Nations Office on Drugs and Crime, United Nations Counter Terrorism Centre and United Nations Security Council Counter Terrorism Committee Executive Directorate, and co-funded by the European Union, Government of Netherlands and the United Nations Office of Counter-Terrorism. 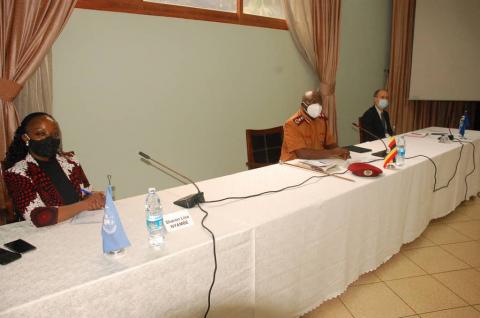 The modules have been developed to strengthen security and safety mechanisms and capacities in prison and amongst prison staff. The training of trainers (TOT) for PATS personnel is to ensure familiarity with approach and basic course content of the modules related to PCVE.

In attendance were the representative of the European Union in Uganda, Nicolas Gonze ,UNODC  Country Representative, Sharon Lesa Nyambe, Commissioner of Prisons Safety and Security Magomu Wilson, Commissioner of Prisons Cooperate Affairs Frank Baine and the Commandant Prisons Academy and Training School, ACP Sana Brenda, other participants attended virtually from around the world. 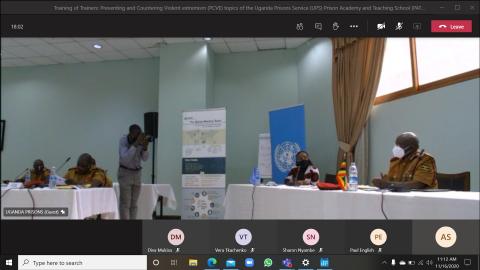